On 2 December 2017, the UNPO commemorates the 20th Anniversary of the Chittagong Hill Tracts (CHT) Peace Accord. The CHT Accord of 1997 concluded between the Government of Bangladesh and Parbatya Chattagram Jana Samhati Samiti (PCJSS) brought hope to a region that had gone through a long conflict. Unfortunately, 20 years later the human rights situation of the region is more than worrying. A significant number of the provisions of the Accord lie unimplemented or partially implemented and the indigenous communities face a difficult situation, while becoming a minority on their own lands. 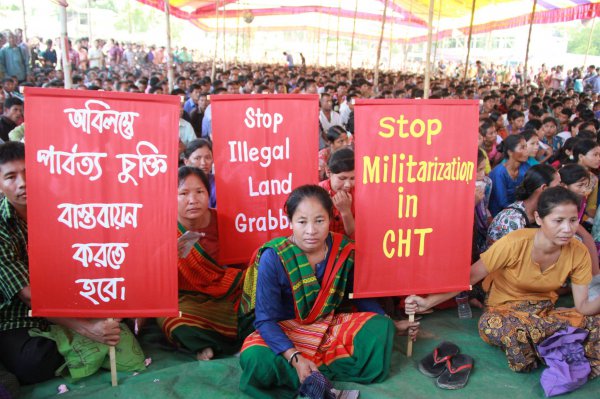 Twenty years after the signing of the Accord, the claim of the Government of Bangladesh is that 48 out of 72 provisions of the text have been implemented, whereas evidence demonstrates that only 25 have been fully put in place in practice, as argued by PCJSS, one of the political organisation of the Jumma people, namely the indigenous peoples of the CHT.

The core issues of the Accord, of which the indigenous communities await implementation, regard political and constitutional rights, but the economic and land rights have been left aside. Consequently, the life and livelihood of the Jumma communities, their food security, environment, and bio-diversity have landed in grave danger. Moreover, the military occupation of the whole Chittagong Hill Tracts has yet to be addressed, despite its reduction being an essential part of the accord. 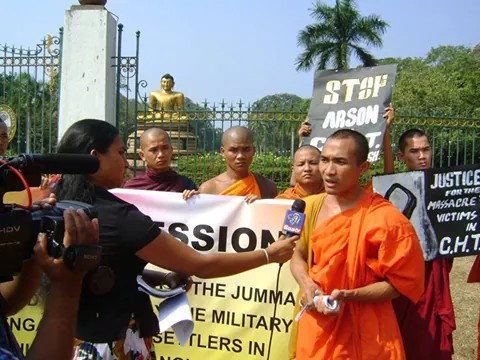 The overall situation in CHT is highly sensitive. The Jumma are being forced to live in an insecure environment, where their rights are being violated by the bangladeshi muslim government, which fosters a very exclusive and undemocratic structure and neglects their right to participate into the shaping of their own political reality. As the only non-mainly-Muslim and non-Bengali part of the country, their space is restricted to the bare minimum, with only one Member of Parliament now representing their interests.

The main remaining contentions revolve around several issues. The struggle for the preservation of the very specific features of the region, as well as the autonomy promised in the Accord have not been ensured yet. Up until now, the foreseen CHT Regional Council and the three Hill District Councils have not yet been developed into functioning institutions.

Additionally, the right of the Jumma to democratic representation is not respected, as the above-mentioned institutions have not been constituted through elections based on direct suffrage of the permanent residents of the CHT. In addition to that, only a few days ago [mid-November 2017] activists from the PCJSS were arrested  by Bangladeshi authorities. 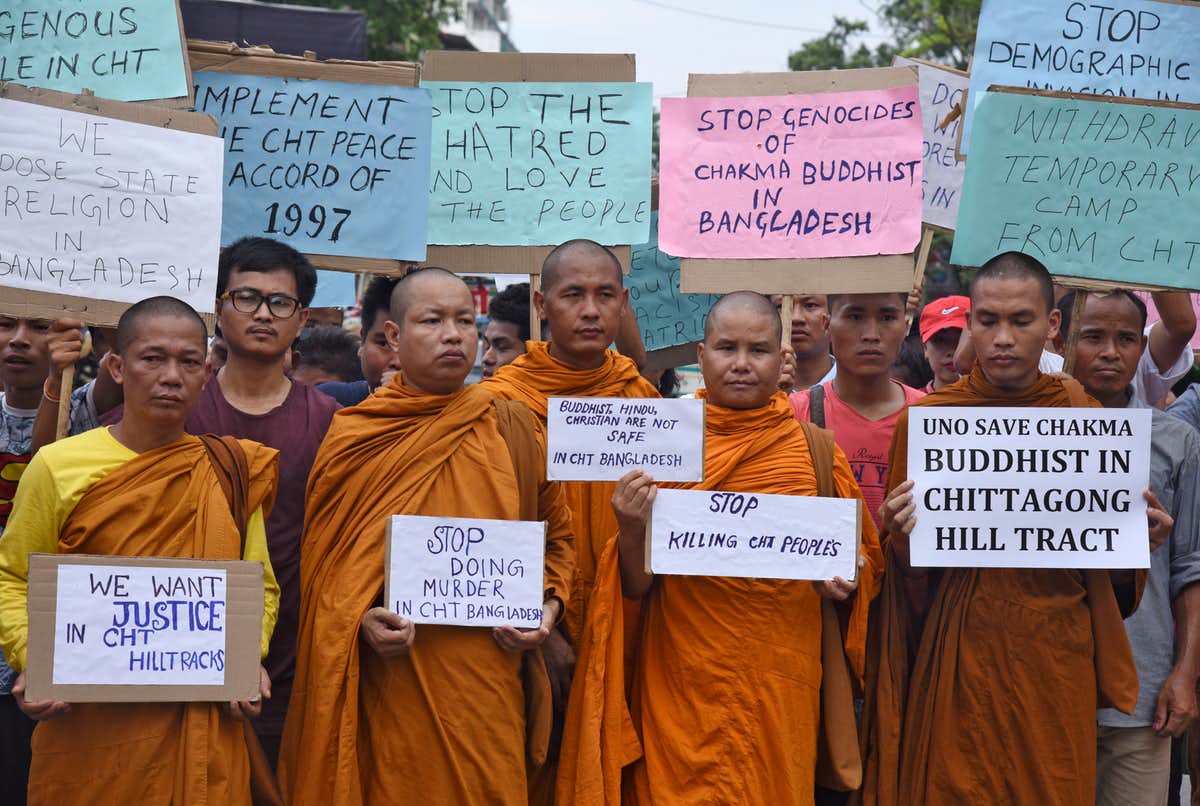 Territorially, the CHT endure the illegal occupation and grabbing of lands by the Bengali settlers, non-resident individuals and companies, authorities related to the army and other government institutions. The land disputes in CHT have not yet been resolved.

Moreover, military rule in the CHT is ongoing, notably through ‘Operation Uttoran’, as the temporary military camps that were meant to temporarily station in the area are still inplace. The military  rules the territory with a heavy hand. Furthermore, restrictions have been imposed by the Home Ministry on numerous rights and freedoms, including the freedoms of speech and assembly, while extra-judiciary killings and enforced disappearances are nowadays countless. For non-bangladeshi citizens, especially journalists and human-rights envoyees, access to the area is not allowed and when this permission is granted for some reason, visitors are led through an organized pre-arranged path, and always accompanied by armed soldiers.

Concerning reintegration in society, Jumma refugees returning from India and internally displaced Jumma families have not been properly rehabilitated having their lands and homes back to them, despite provisions assuring this. 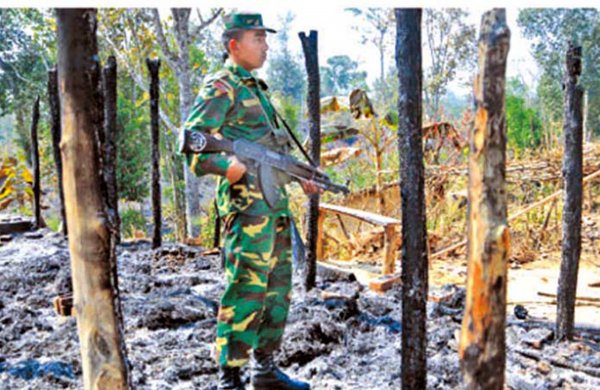 The UNPO strongly condemns the government’s careless attitude towards the implementation of the Accord over the past 20 years and encourages national authorities to collaborate with PCJSS and other indigenous organisations to foster a path that will enable them to find a peaceful and sustainable solution regarding the Chittagong Hill Tracts crisis. This persistent procrastination of the implementation of Accord provisions is severely affecting the indigenous populations of the CHT, which still wait for rights already discussed and agreed upon to be recognised and protected officially. The UNPO, as a democratic and nonviolent membership organisation, supports the implementation of the CHT Accord for the sake of the CHT as well as that of the whole of Bangladesh.