Over two nights in early January, Madia Gond tribals — or Adivasis, Indigenous, as they prefer to be called — of southeastern Maharashtra gather every year in a clearing to celebrate their pre-harvest festival. They sing, dance and feast on pork and mutton as they worship their deity, Thakur Dev. 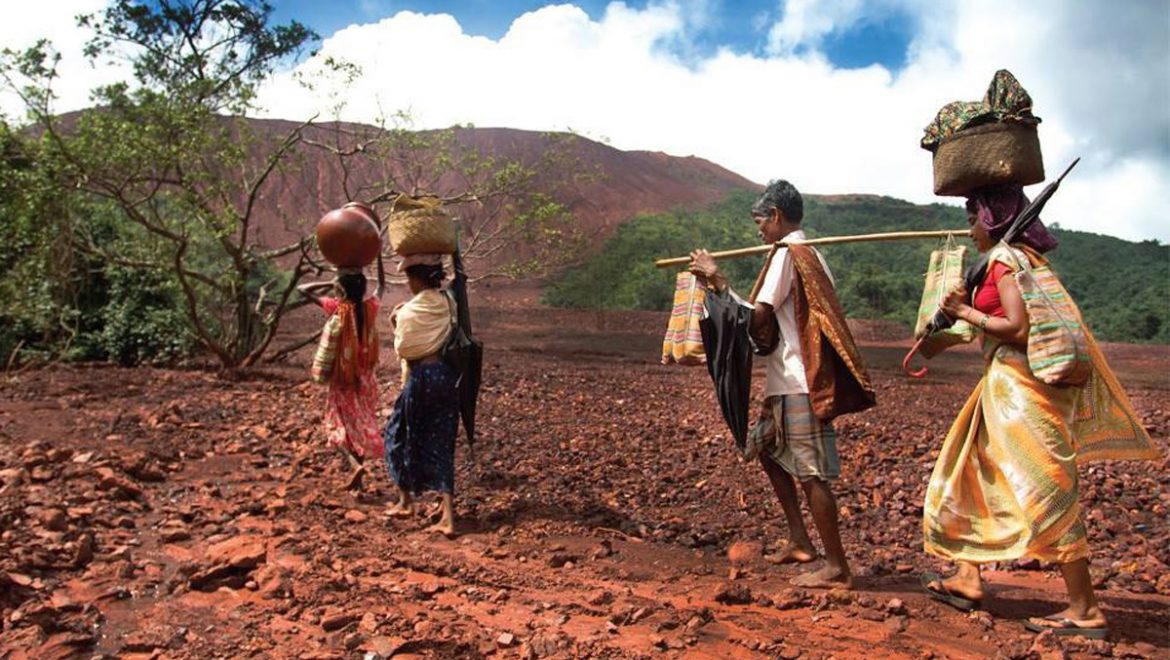 This year, there was disquiet among the 1,000 Adivasis who had congregated here from 70 neighbouring villages. As they sat huddled around festive bonfires, they discussed the big push being given to mining activity in the region by government of India’s richest state by state gross domestic product (GSDP).

On December 23, 2016, 80 trucks and an earthmover were burnt, The Telegraph reported, 20 km from the festival site, allegedly by Maoists opposed to mining projects revived after nearly a decade. In 2016, the state asked companies that had halted mining — in the Madia Gond village of Surjagad — for fear of the “naxalist” (as Maoists are sometime called in India) attacks to resume work.

Surjagad is in Gadchiroli district, on a swathe of land that bears about 60 per cent of Maharashtra’s mineral wealth, which includes 17 minerals — including coal, limestone, iron ore and manganese ore — with reserves of 5,753 million tonnes, or 22.56 per cent of India’s mineral reserves.

The Adivasis were particularly worried that prospecting licences have been issued for 25 new mining projects, across more than 18,000 acres across six talukas (sub-divisions) of the district, according to information gathered six months ago from the district mining office by Visthaapan Virodhi Jan Vikas Andolan, an activist body.

Speeches by local Adivasi leaders expressed fears that the mining would wreck their habitat.

The tussle in Gadchiroli is illustrative of larger battles unfolding across India’s tribal homelands. 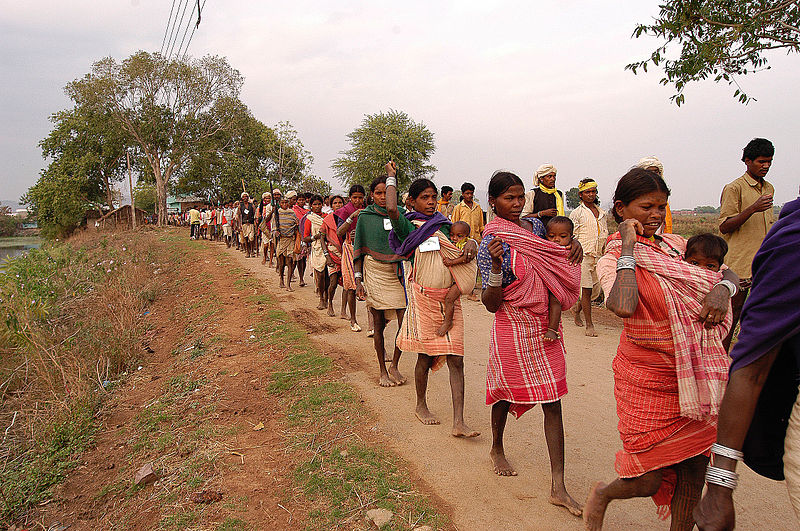 Why miners come to Gadchiroli — and other tribal lands

Resource conflicts are an intensifying and under-acknowledged phenomenon across the coal-rich farms and forests of central and eastern India — a mineral used to generate over 60 per cent of India’s power. Few urban Indians know or think about these pitched battles unfolding almost every month in rural, often remote, areas of their country, as IndiaSpend reported in September 2014.

Half of India’s top mining areas are in tribal lands, such as Gadchiroli. Between 2011 and 2014, 48 mining leases were approved in tribal areas across the country by the union ministry of mines. The average proportion of forests in India’s mineral-producing districts is 28 per cent, more than the national average of 20.9 per cent, and mining invariably leads to their depletion and displacement.

Since it came to power in May 2014, the National Democratic Alliance government (which sees allied some prominent nazist party such as BJP or RSS) has moved to boost mining and industrialisation, altering laws to remove consent from local-government institutions. 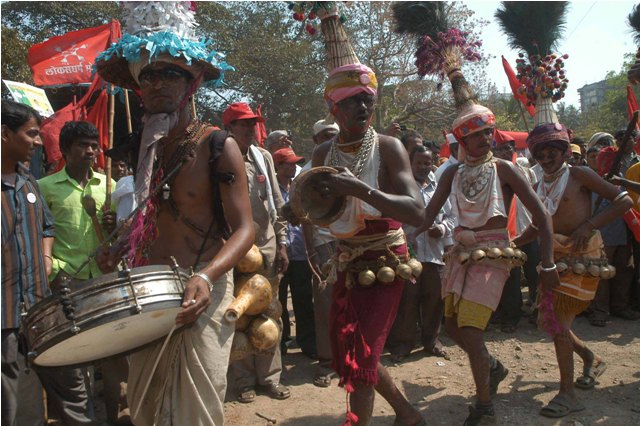 At the festival, there were pamphlets distributed about the fresh projects coming up in the area and banners denouncing them. “We were told that the auctions for these projects have been carried out and MoUs (memorandums of understanding) have been signed with the mining companies. They are now at different stages of environment and forest clearances,” said Mahesh Raut, convenor of the Andolan.

The adivasis said the delicate link between jal, jangal, jameen (water, forest, land) and the lives of the people needed to be conserved.

Gaaytaas (those responsible for village security in traditional adivasi systems) from different villages made public speeches at the festivals, reiterating the need to preserve the forests. “This is the first time we are using the festival to discuss issues relating to livelihood and rights,” said Rajashri Lekame of Bhamragad Patti Gotul Samiti, a traditional group of local leaders and gram sabha committees’ chairpersons.

The promise of jobs and growth

The government has promised industrial growth, more jobs and an increase in income of Adivasi families in the region once mining begins, as the The Indian Express reported on August 28, 2015.

But adivasis said the forest yield was enough for them; 1,267 gram sabhas in the district had earned Rs 35 crore from sale of tendu (an ebony tree) leaves in 2016 after the Maharashtra government freed the sale of tendu and bamboo from state monopoly.

The government gave ownership rights of forest produce to gram sabhas to directly auction the produce to private bidders. This meant that each family earned between Rs 30,000 and Rs 50,000 in around 15 days. “When families are already earning in lakhs, why are they being told about jobs and development?” said Ramdas Jatare, a member of the Maharashtra Gram Vikas Jan Andolan (Maharashtra people’s movement for village progress).

Jatare alleged that the government wants to set up infrastructure projects in the region, not to improve local conditions but to make things easy for big businesses. “They build roads because they want to sell their cement,” he said. “They provide subsidy on agricultural equipment because they want to sell their products. They mine because they profit and get commission. It is the government and the corporates who gain from the current notion of development.”