There has been a noticeable increase in the religious extremism in Bangladesh. This trend saw a rise in the aftermath of the Charlie Hebdo related killings in France in the last couple of months when wide stage protests rocked Bangladesh. Such a development was adequately covered in these columns as soon as they unfolded. 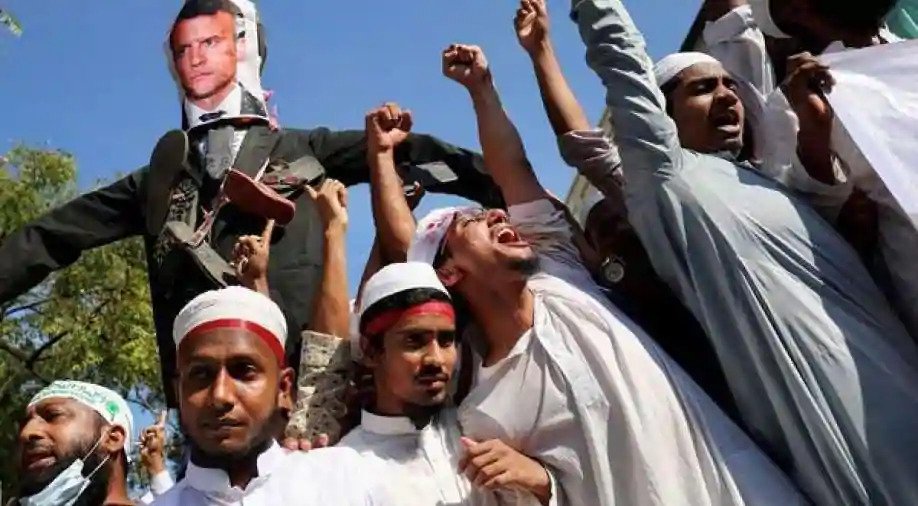 Amid this spurt in the activities of the zealots, a new controversy has erupted which is just a pretext to air bigotry thoughts of the Islamic radicals in Bangladesh. Father of the Nation, Bangabandhu Sheikh Mujibur Rahman’s centenary year (2021) is being planned in a big way all across Bangladesh. Prevailing COVID pandemic has also not dampened the spirits of the celebrations. Yet, a controversy sparked off relates to a sculpture of Sheikh Mujibur Rahman creation of which is being most vehemently opposed by these fanatics. They want its immediate removal.

Those opposed say this is against the tenets of Islam as the religion according to them doesn’t allow bust or statues. Seculars, on the other hand, put forward a counter-argument that sculpture is a piece of art and is found in many Muslim countries. Only those of regressive thinking are criticising and trying to usurp the progressive space through medieval and irrational thinking.

Meanwhile, the most disturbing happening is the activities of Hefazat-e-Islam which claims to be close to Sheikh Hasina and the ruling establishment but its actions in the recent months have been of very violent and belligerent nature. The decade-old all Muslim organisation has its bastion in the port city of Chittagong, running many madrasas and of late, it’s defiant and perverse aggressive posturing has come to the fore after the killings in France. It’s leader, Junaid Babunagari has been spewing venom and vitiating the communal scene by his hate and provocative rhetoric.

More disturbingly, Hefazat-i-Islam joining hands with ultra-intolerant outfits like Jamaat-e-Islami and Khilafat Majlish has been worrisome to the government. This is because Jamaat is backed by Pakistan and it stands de franchised by the establishment. Jamaat is well known for being anti-India, anti-Hindu minority and was a collaborator with Pakistani occupation forces in 1970-71. It is trying to piggy ride Hefazat-e-Islam and wants to stay afloat to oppose the forward-thinking forces. Pakistan intelligence agencies must be happy with Hefazat-e-Islam and other like-minded forces attempts to capitalise on the rising wave of Islamic fundamentalism.

In the meantime, continuing with its glaring pro fanaticism agenda, Hefazat-e-Islam Chief, Babunagari has given a four-point demands/ultimatum to the government which include (1) Closure of all activities of the International Society of Krishna Consciousness (ISCKON) all across Bangladesh (2) Banning of Ahmediya activities and declaring it as un-Islamic in Bangladesh (3) Expulsion of the French Ambassador from Bangladesh and (4) Closure of French Embassy in Dhaka & passing a resolution in the BD parliament condemning the anti-Islam happenings in France.

Bangladesh watchers, in the meantime, believe that Hefazat-e-Islam is likely to increase its list of demands as the government doesn’t seem to be acting tough. Hefazat-e-Islam is also feeling emboldened on the sculpture issue because in 2017 its strong-arm tactics had succeeded even the government was forced to remove a statue of a lady from the precincts of the Supreme Court stating it to be against the Islamic ideals. Under the circumstances, Hefazat-e-Islam and other Islamic ultras have given a call for pulling down of all statutes and sculptures in Bangladesh. TV channels and social media have generated animated debates on the issue. There have been feeble attempts by some ministers including Awami League General Secretary, Obaidul Qader to rein in the communal forces but results are yet to show up on the ground. 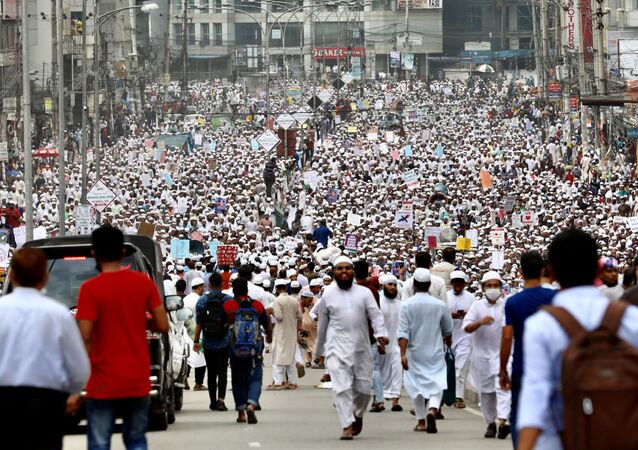 Defenders of Hasina, however, believe that Hefazat-e-Islam has no support from her or her ruling party but they are cautious in any blistering criticism of this Islamic body saying that though Hasina remains an ardent adherent of Islam, she believes in the modernisation of the religion and backs a scientific temper for the religion. Such reckonings don’t seem to convince the minority population or the seculars in Bangladesh who want Hefazat-e-Islam to be put on a tight leash lest it assumes perilous proportions.