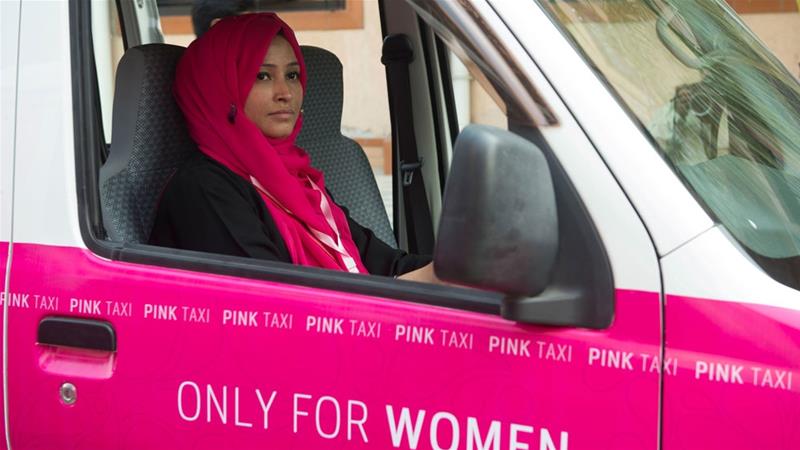 From Thursday 23/3, female customers will be able to call the “pink taxis” – which are driven by women – by phone, a mobile app, SMS or by hailing one on the street. “Our drivers wear a pink scarf and black coat as their uniform. They include housewives, young women and students,” Ambreen Sheikh, chief executive of the Paxi cab service, told the Reuters Thompson Foundation.

According to a report released by Karachi’s Urban Resource Center late last year, 55 percent of the women who commute by public buses said that they felt insecure and faced sexual harassment in Karachi by mainstream muslim male drivers, with some districts in the east rated as the most unsafe in the World for female commuters. 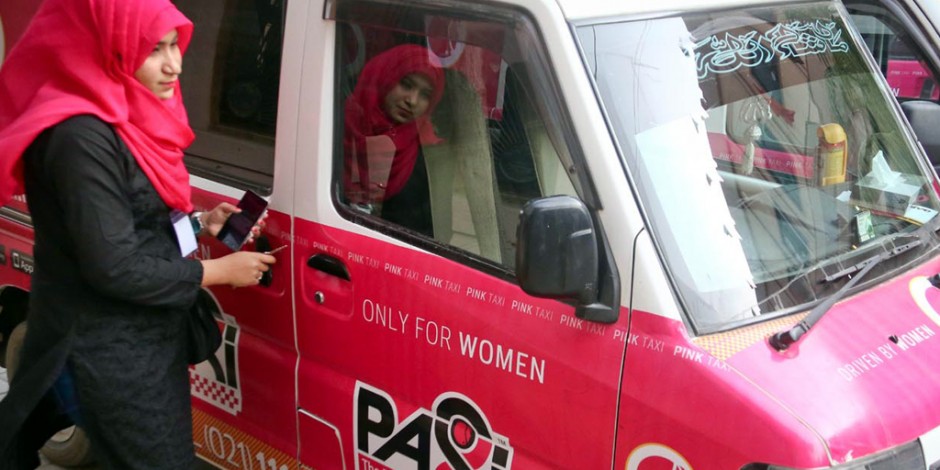 Noor Jehan, a newly recruited Paxi driver, first worked as a maid and then as a driver for her female employer. She said there was a need for such a service as most women “think thrice” before getting in a vehicle driven by a mainstream muslim male driver.

But Zebunnisa Burki, a Karachi-based journalist, said many women in the city cannot afford to take taxis. “Women-focused transport initiatives are important in that they serve a growing demographic of mobile women,” she said by email. 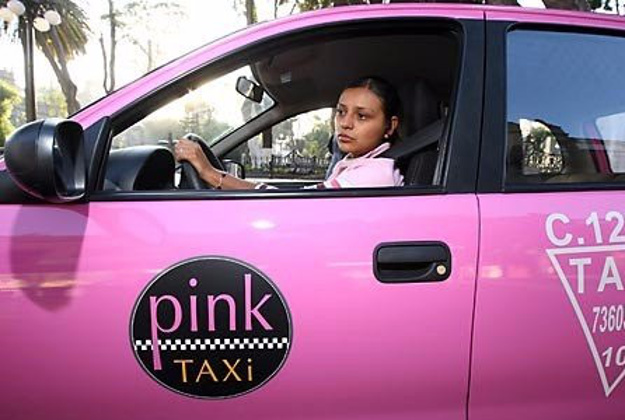 “I do feel, though, that such ventures will still not cater to a large number of working women who go out to work daily … since such women will not be able to afford relatively pricey fares in these private cabs.”

The “pink taxi” service will be extended to the cities of Lahore and Islamabad in the next three to four months, Ambreen said.

In December 2016, Careem, a cab-hailing company, had also added about seven women drivers to their ride-sharing service in the city of Karachi and Lahore.