After the video of a wild boar that runs between the car a few kilometers from the Vatican and the death of a motorcyclist, the city council thinks the sterilization of the animals. “Rome is an open-air zoo” 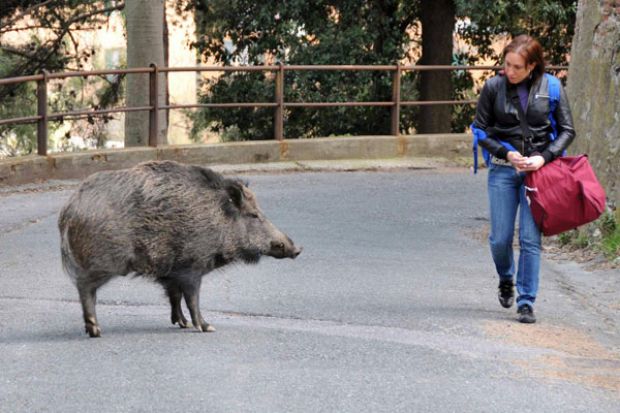 After the rats and potholes, now the wild boars are the new emergency in the capital. Causes are the piles of garbage that accumulate at the sides of bins or being thrown illegally on many streets and green areas of Rome, these animals have gradually moved away from the countryside and began to attend more assiduously the city streets. 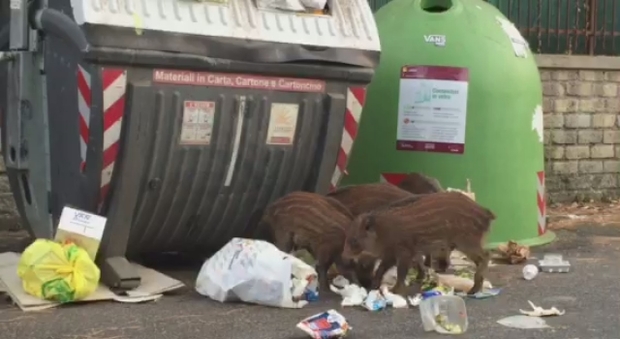 Last July a group of wild boars had been immortalized by the residents of the Monte Mario neighborhood rummaging among the trash bags of the rubbish bins. In recent months, as reported by the “Corriere della Sera”, these wild animals that now roam the streets of the capital, have already caused two serious accidents.

In early March, the video of a wild boar running in the opposite direction of the cars, in the Aurelio neighborhood, taken over by a motorist, becomes viral. The scene is surreal. The animal runs between the cars in the busy street, a few kilometers from the Vatican, fortunately, without causing accidents.

A few weeks later, though, unfortunately, the tragic end came. Nazzareno Alessandri, a fifty year old Roman, loses life crashing on the asphalt after his scooter collided with a wild boar that was crossing the road at the intersection in the Grottarossa area. The tragedy has aroused the indignation of citizens and has brought back the spotlight on a problem that is becoming more serious for the city. 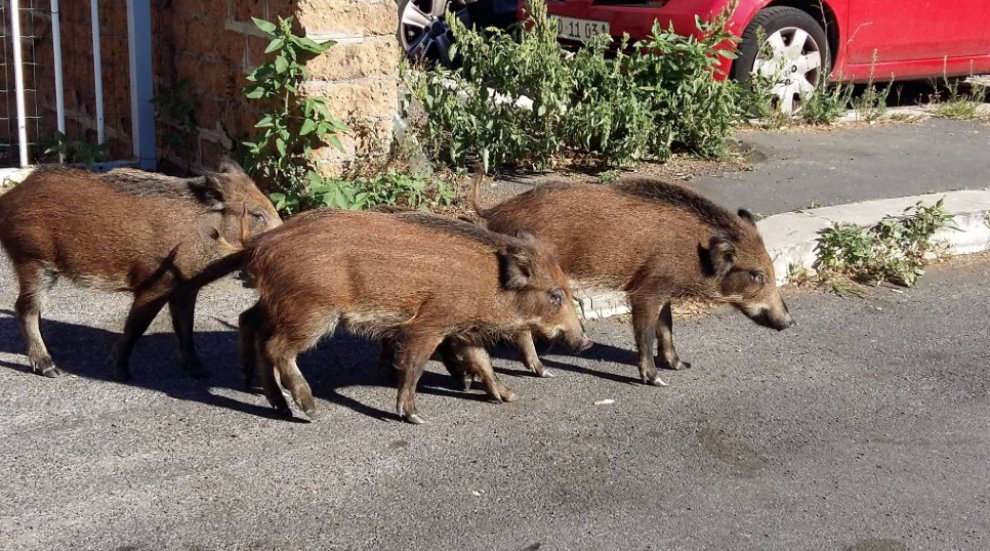 Rome is “an open-air zoo”

According to the president of “Codacons”, the city now has become “an open-air zoo, wild animals, pigs and rats roam undisturbed in urban area.” But it is not just a matter of decency. At the risk, now, there is also the security of citizens. According to “Coldiretti”, the number of wild boars in Italy “has doubled in the last ten years.”

These wild animals have become more than a million in Italy and their “uncontrolled proliferation”, according to “Coldiretti”, is a major cause “of the escalation” of attacks and accidents: 100 million euro in damages, only in the last year, including destruction of agricultural crops and road accidents. 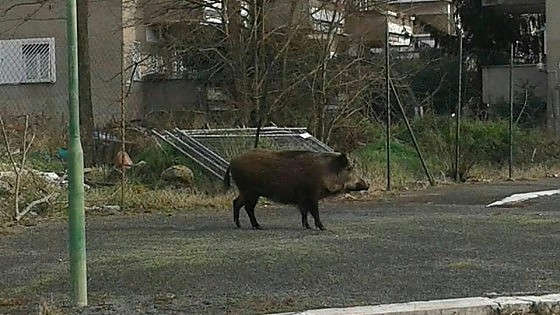 The mayor proposes an “immuno vaccine”

So the city administration tries to solve the problem, assuming the use of an “immune vaccine.” In other words, is thinking about a wild boar mass sterilization to stop the multiplication of the animals and to prevent the invasion of the city.

Among the plans of the city council, there would also be to fence off the green areas and remove waste bins from some roads that are considered at risk. The sterilization, however, would not be an effective solution according to environmentalists, who ask rather to “re-balance the presence of wild boars on the territory”, protecting biodiversity and saving the parks from decay and neglect, factors that push these wild animals to move closer to urban areas. 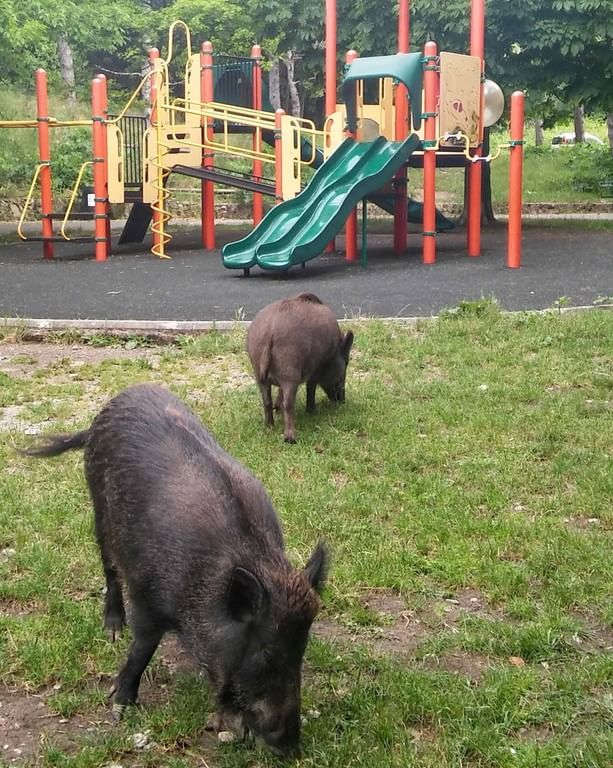 Towards the “March 25 Day” with a waste nightmare

Meanwhile, however, the opposition continues to attack the mayor. The mayor “sterilizes wild boars but not the Romans, I am sure that if we remove the garbage, accordingly rats, seagulls, cockroachs and pigs will leave,” tweeted a city councilman. Another councilor adds: “Rome full of rubbish attracts pigeons, rats and wild boar.”

“From the pigs of Marino to the wild boar of Raggi, the city is dirty and the security of citizens is at risk,” raises a counselor of “Fratelli d’Italia”, which denounces as the streets of the capital, “are still dirty.” The waste issue, therefore, remains a “Damocles sword” hanging on the neck of the administration.

Although the risk of presenting a capital with piles of garbage on the roadside to the Heads of State and European Governments, who will arrive in Rome for the sixtieth anniversary of the “Treaty of Rome”, seems have been averted, it remains to reckon with the situation in the outskirts. 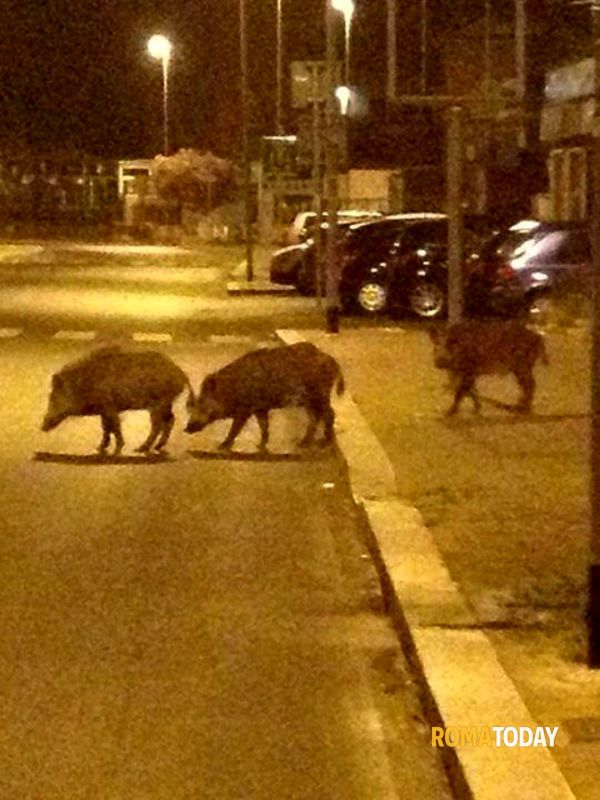 A situation that, between waste on the streets, illegal dumpings and raids of wild boars, is likely to become increasingly dangerous for the safety of Romans, tourists and European leaders. 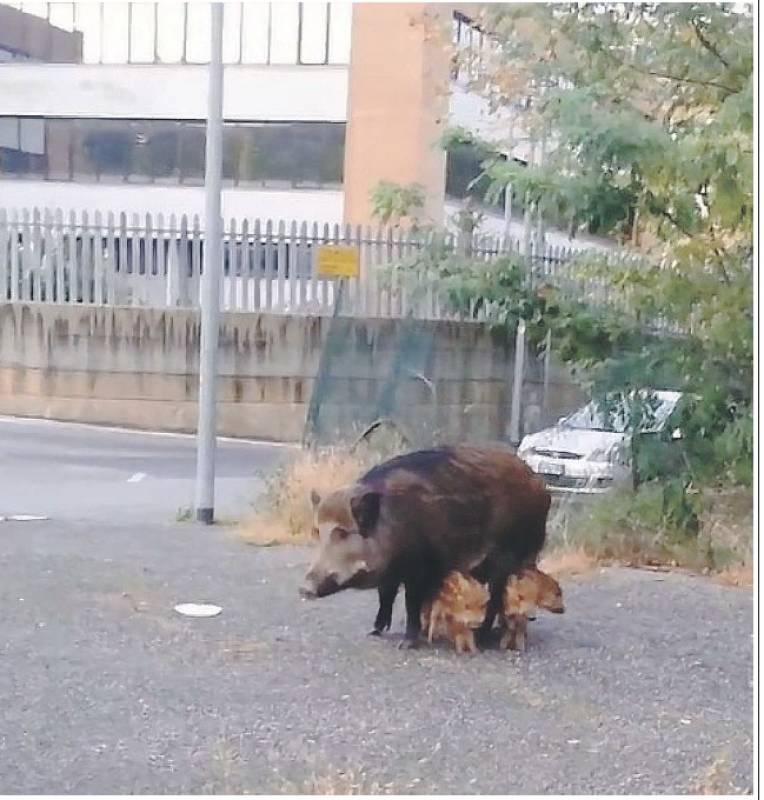