The Dear Leader of Pyongyang traveled on a Boeing 747, loan from the Chinese leader Xi Jinping. A few hours later the American president Donald Trump landed too. The historic summit is scheduled for Tuesday. It could last “one, two or three days”, according to the head of the White House 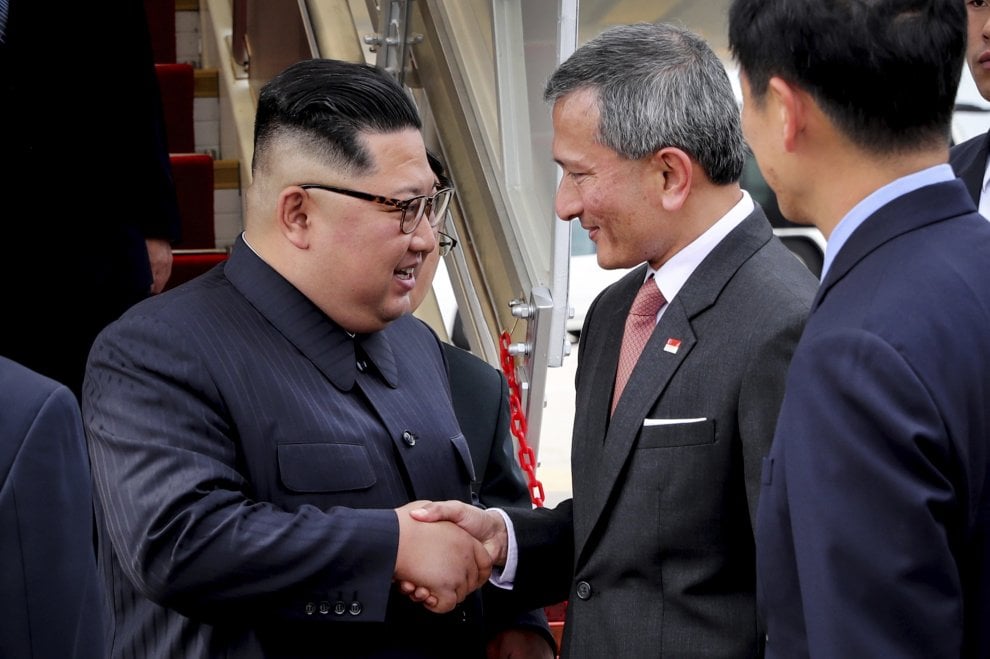 The route of the “Boeing 747 Air China”, kind loan of Comrade Xi Jinping, has been quite strange. Instead of taking the very direct route south from Pyongyang to Singapore, Kim Jong-un’s plane pointed to the west, making a good part of the flight over the Chinese mainland. Security issue. But basically the whole story of the thaw between North Korea and the United States went zig-zag, between meetings announced, canceled and then put back on the agenda. At the end, however, here we are. 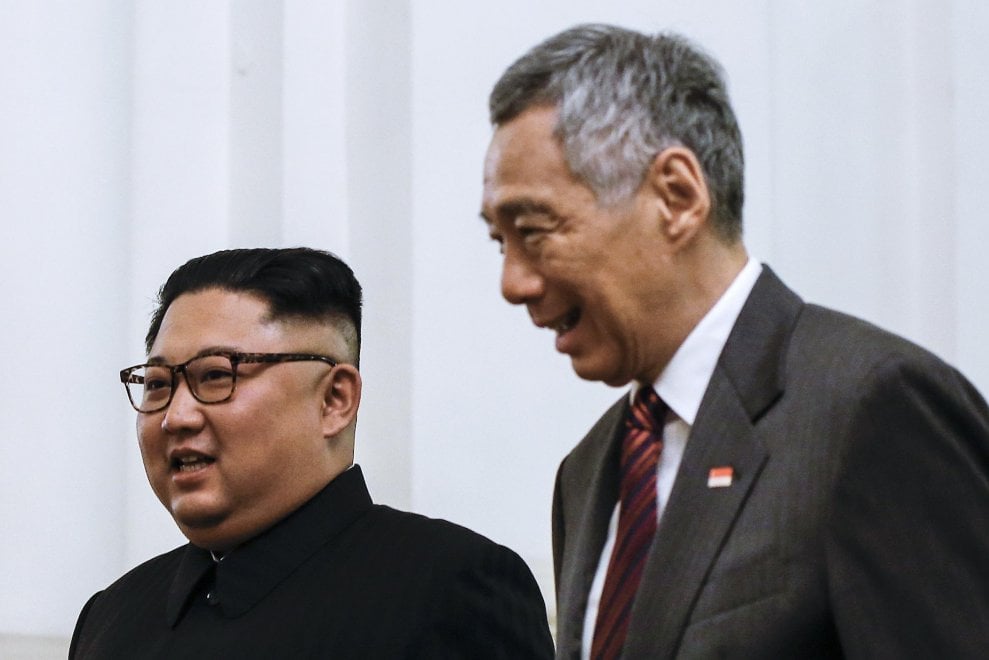 The North Korean Dear Leader arrived this afternoon in Singapore. And the American president Donald Trump, after abandoning the useless G7, landed in the evening with his Air Force One. Tuesday, after a day to gather the ideas, they will meet: the first summit between an American and a North Korean leader. A historical event, as Kim himself underlined during his meeting with Singapore’s PM Lee Hsien Loong: “The whole world is looking at this historic summit between North Korea and the United States”. 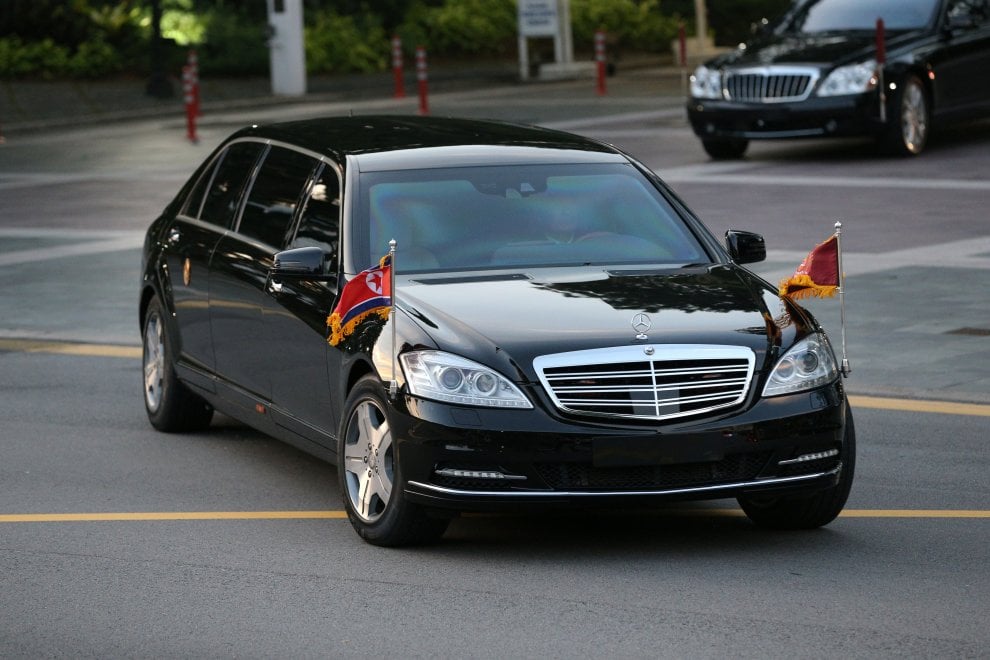 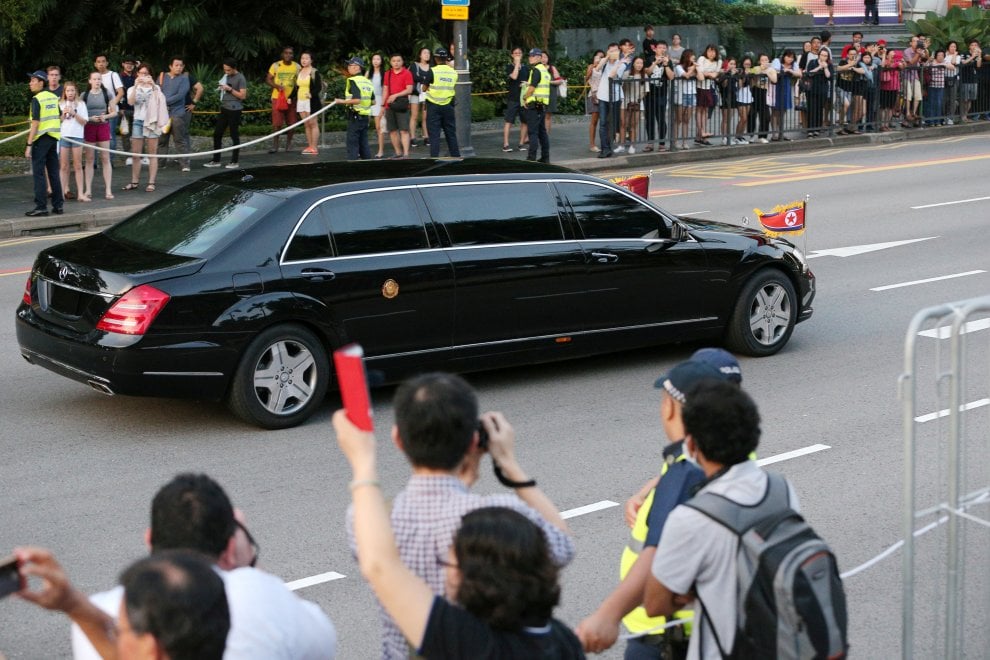 Kim landed at 3 PM at Changi airport. A few minutes later a black Mercedes delegation left the vip area of the airport directed to the city, taking the road closed to traffic. The Dear Leader arrived at the St. Regis, a luxury hotel where he will stay in a suite of 6 thousand euros rent per night. The hotel chosen by Trump, the Shangri-La (over 10 thousand euros per night), is just a few hundred meters away as the crow flies. 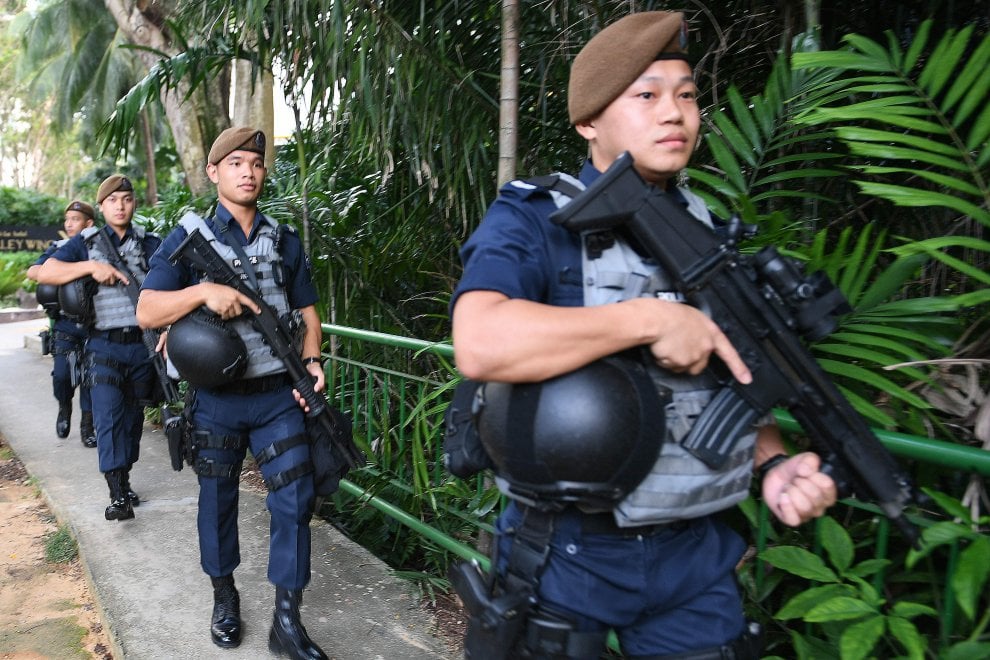 They are in the heart of the Asian city-state, in the embassy district that in the next few hours will be one of the most controlled areas in the world. Police have set up check points on all access roads. Every kind of gathering is forbidden and the government has also deployed its elite soldiers, the Nepalese gurkhas holding the traditional knife, with the order to “make it wet of blood” every time they unshheathe it.