ALONG THE DEMILITARIZED ZONE, South Korea—Lee Jae-hyeong brought his two children here to help them come to grips with the painful history of the Korean Peninsula, represented today by military checkpoints, heavy armaments, layers of barbed wire and a wasteland that has split North from South since 1953.

“I brought my kids here to think about the division of the nation,” he said. Instead, he lamented, “the kids are more focused on Pokémon.”

The craze that is Pokémon Go — a game played through mobile-phone cameras in which you hunt and capture tiny monsters that appear near where you are playing — has swept the U.S., Australia, New Zealand and parts of Europe since it was released last week. The game is being rolled out nation by nation.

It isn’t yet available in South Korea, a country where competitive computer games have been recognized as sports, young pro gamers are treated like rock stars and videogame tournaments can fill arenas with fans. The chance to play “Pokémon Go” has prompted a mad dash for the border with the North by hundreds of teenagers and other game enthusiasts.

The reason: There is a small area at the northeast coast of South Korea, including along the DMZ, that provides a loophole for people desperate to play. For the technically inclined, the area is outside the range of diamond-shaped spatial indexing grids that game developers such as Pokémon Go’s Niantic Inc. use to set geographical restrictions for South Korea and other countries.

Since Wednesday, buses have been arriving from all over the country to the DMZ and surrounding towns such as the picturesque fishing town of Sokcho, population 90,000, where the most popular activity this time of year is an annual festival where hundreds of competitors try to catch squid with their bare hands. 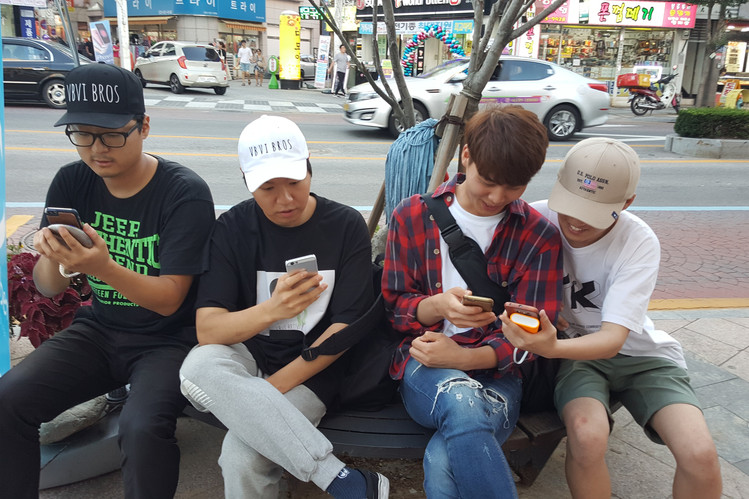 Byun Ji-won, a 24-year-old fashion-design student in Seoul, hopped on the bus from the capital to Sokcho on Wednesday evening just hours after hearing about the glitch.

Ms. Byun said she was a fan of Pokémon from when she was young and dreamed of being able to catch the little creatures in real life. “I’m from that generation,” she said. Short on cash, Ms. Byun and a friend crashed for the night in an internet cafe and hit the streets the next day in search of the augmented-reality critters. Sokcho’s spectacular mountains and legendary seafood weren’t on the itinerary: “I’m focused on finding the Pokémon, so I got off the bus without looking around.”

At Sokcho City Hall, Mayor Lee Byung-seon said that when he first heard sleepy Sokcho was a magnet for Pokémon gamers, his reaction was the Korean equivalent of, “Say what?”

He remembered Pokémon from the days when his children, now in college and high school, used to watch the cartoon at home. “At first, I thought, could it really be this powerful?” he said. Then, with the help of an assistant, he downloaded a bootleg version of the game, as all gamers in South Korea have to do. Within minutes, he captured his first Pokémon in his own office. “They’re crawling all over City Hall,” he said. 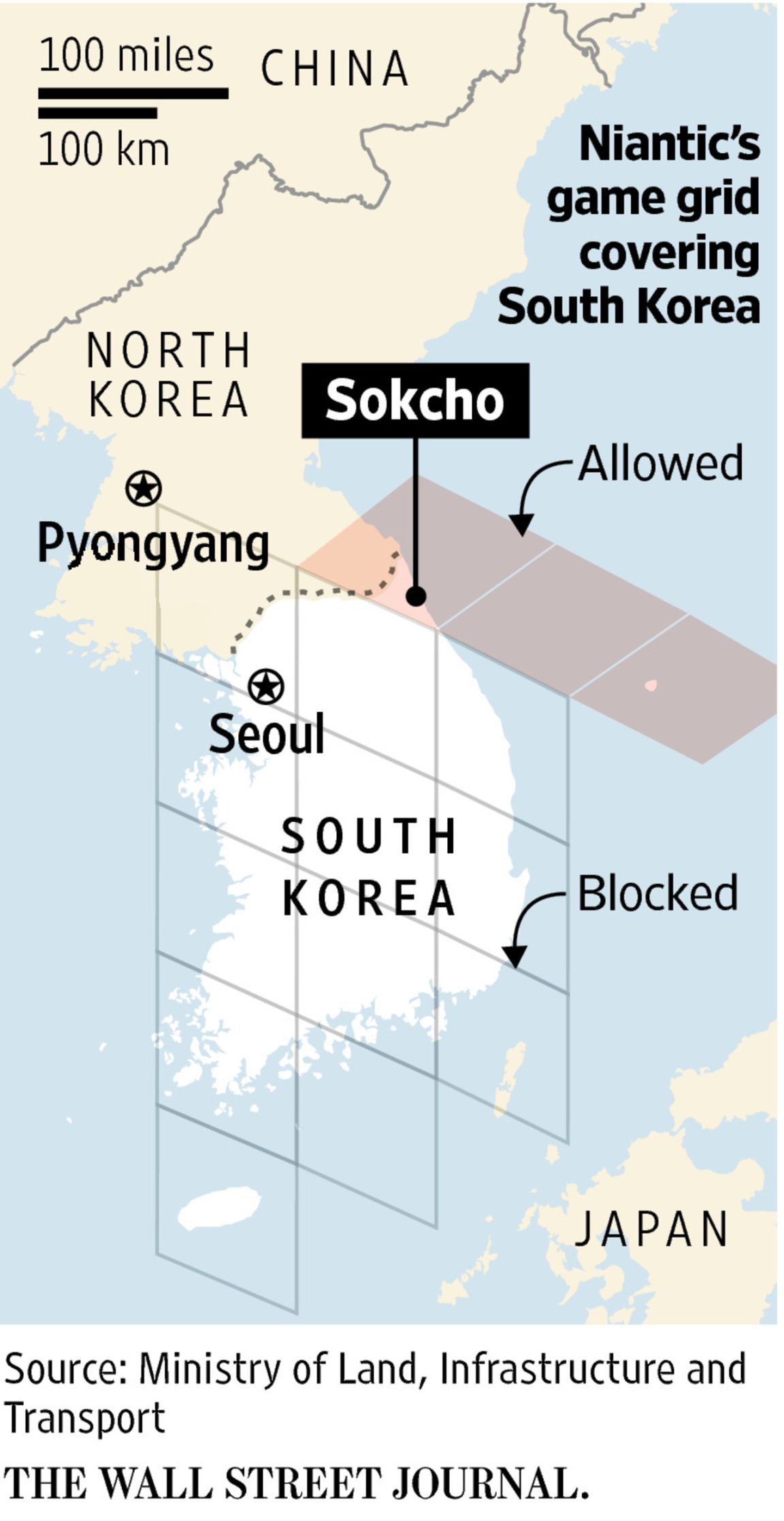 The local administration quickly smelled opportunity. The mayor uploaded a video inviting gamers to sample his town’s extensive Wi-Fi network and local delicacies such as traditional Korean blood sausage that subs in squid for pig intestines. A map of Wi-Fi spots in the town center was posted on the town’s Twitter page.

Now, Mr. Lee is planning for a whole summer of Pokémon tourism, because he said he didn’t expect game developers to release a version for South Korea any time soon. Representatives of Niantic, the game’s designer, declined to comment.

Nobody around here, including the mayor, really knows why the game works. Mr. Lee cited media reports pointing to South Korea’s restriction of Google Maps because of Cold War-era laws that prevent maps, digital or otherwise, from falling into the hands of Pyongyang’s agents.

But in a rare Pokémon-related release from the government, officials at South Korea’s Ministry of Land, Infrastructure and Transport issued a clarification on its website late Thursday that chalked up Sokcho’s unique status to its falling just outside the zone that Niantic denotes as Asia.

In theory, across the 2.5-mile-wide DMZ, where most of the two sides’ combined 1.5 million ground troops are stationed, the game could also be played in North Korea. The isolated country appears to lie outside Niantic’s restricted zones, though playing the game would presumably require access to the global internet rather than the Hermit Kingdom’s tightly-controlled intranet.

On the South Korean side, Cheon Seong-sun, who works for the local county, was staffing a tourist-information booth right by the military checkpoint that marks the gateway to the DMZ. “When we first heard about Pokémon Go, we thought it would be a good way to attract more people here,” she said.

So Ms. Cheon and her team launched a simple promotion: Snap a picture of a captured Pokémon on the DMZ overlooking North Korea and you win a gift bag from the nearby town of Goseong. A steady stream of visitors made their way past the booth to show off their captured Zubats and Bulbasaurs.

A day earlier, Ms. Cheon made a visit to the observatory that overlooks the border into the North and identified five PokéStops, which allow gamers to collect the Poké Balls that capture monsters, as well as other goodies. “We want more people to visit because of this game,” she said.

It worked with Ahn Sung-min. Wandering around the area on Friday, the 28-year-old took a moment to explain himself. He was, he said, looking for “some really rare Pokémon.”

Una risposta a “To Play “Pokémon Go” in South Korea, Head North Korea to the DMZ”