After the previous articles: Women are confessing about being sexually harassed during Mecca pilgrimage (“Hajj”) and Muslimahs: “Stop sexual harassment in mosques”, now an interesting article on the topic by Taslima Nasrin. 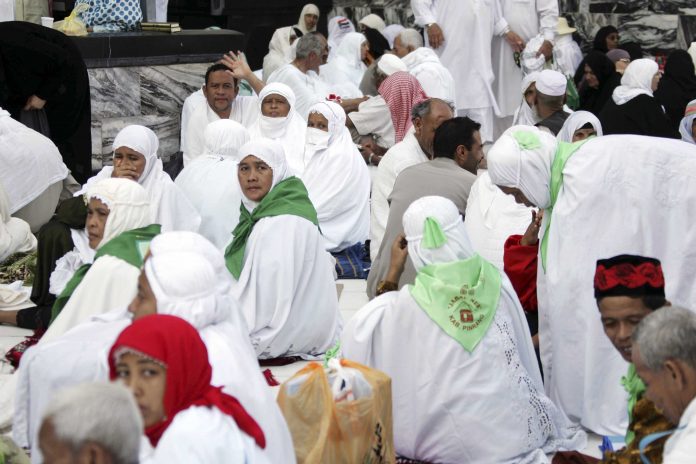 The one thing that takes place everywhere, on the streets and in offices, in schools and colleges, on trains and buses, in shops and on pavements, at home and outside it, on land, on water, and in the sky, is sexual harassment. But when men of religion read scriptures in madrasas, when they read the Namaz in mosques, when they go on the Haj pilgrimage to Mecca, we assume women are safest at those times.

For while men are chanting the name of Allah, they are pure saints.

When thousands of Muslim women and men together circle the Kaaba Sharif seven times, not once have I worried that sexual harassment can take place at this holy spot. There is no place more sacred than the Kaaba Sharif for Muslims. Everyone probably imagines that no matter how much a Muslim man may lust for women, here at least they will resist this desire with all their strength. 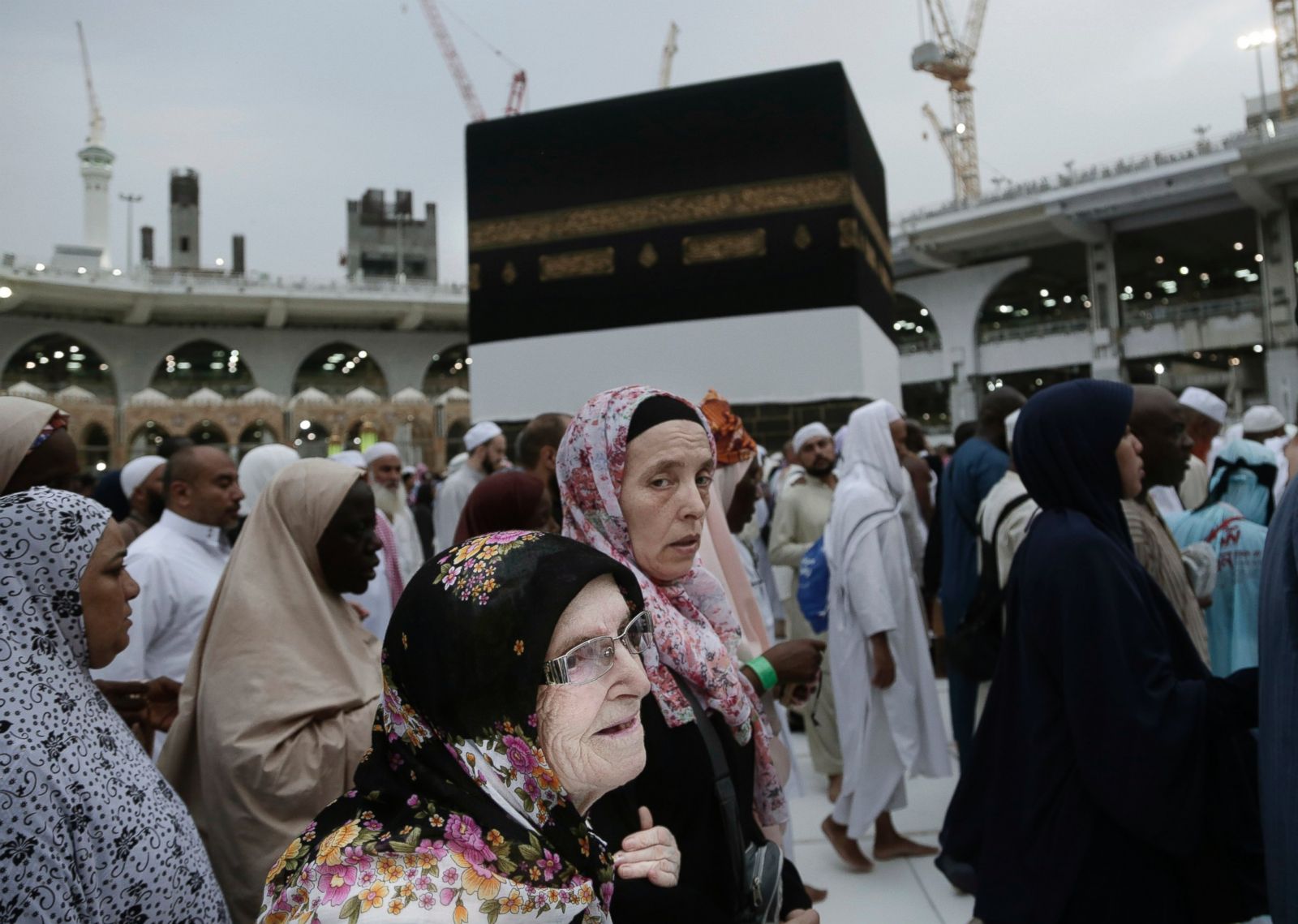 But I was stunned into silence the other day on reading the accusation made by a Pakistani woman, Sabika Khan. She has written on Facebook:

“While performing my tawaaf [seven laps around the black stone adored by the Mohammedans] around the Kaaba after isha prayer, something really weird happened. It was my 3rd tawaaf, and I felt a hand on my waist. I thought it was just an innocent mistake. I completely ignored. Then… I felt it again. It made me feel very uncomfortable. I kept moving. During my 6th tawaaf I suddenly felt something aggressively poking my butt, I froze, unsure of whether it was intentional. I ignored and just kept moving slowly because the crowd was huge. I even tried to turn around but woefully couldn’t. When I reached the Yemeni corner, someone tried to grab and pinch my butt. I decided to stop there. Grabbed his hand and threw it off me *couldn’t move or turn around*. I was literally petrified. Couldn’t even escape, so I stood, and turned around as much as I could, to see what’s happening, I turned around but… couldn’t see who it was.

I felt so violated. I felt unable to speak out. Stayed quiet because I knew no one would trust me, or nobody would take it seriously, except my mum. So I told her everything when I returned to the hotel room. She was incredibly confused and devastated. After this incident, she never allowed me to go there again alone.

It’s sad to say that you are not even safe at holy places. I’ve been harassed, not once, not twice, but thrice. My entire experience at the holy city is overshadowed by this horrible incident.

I believe it’s totally okay and important to be open about harassment.

Don’t know how many of you had a similar experience there but this incident has unfortunately left me feeling upset.”

In response to Sabika Khan’s post, Shirin Ajmal has written, ‘Women are not safe anywhere in the world. I had virtually the same experience during Haj in 2010.’

Jee Manir has commented, ‘I had the same experience. When I was bending forward to touch the wall of Kaaba, a man touched me. Another harassed me verbally. I did not feel safe on both occasions. Imagine having to be harassed in front of Allah’s house. It is these animals named men who defile the purest of places.’ 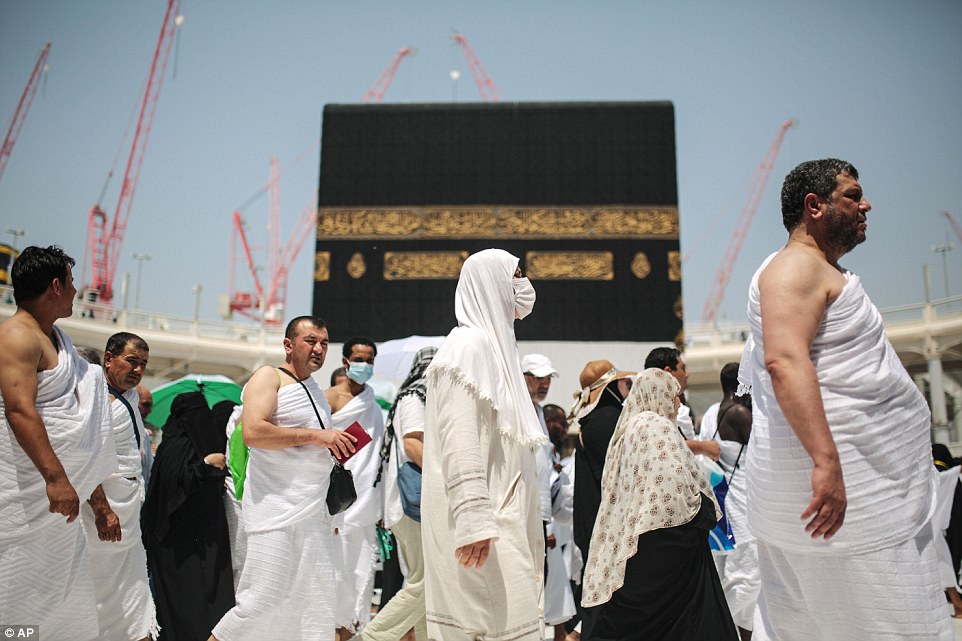 Another woman has written anonymously, ‘You are not alone, it has happened to me too. Not someone’s hands, it was a male [excited hard penis] that nudged my bottom when I was about to touch the black stone. Not once but twice. At first, I thought it might have been something else, but it happened a second time. I turned ninety degrees to see who it was. But how could I, a flood of people were pushing and touching me in the other direction, it was horrible. I couldn’t breathe. Allah alone knows how difficult it was to come out of that stream of thousands of people. I remember, when I was reading the Nafal Namaz [a peaceful and tolerant prayer] after completing the last two tawaafs, I was still trembling.’

Fatima Baluch has written about experiencing the same thing. Salma Omar has written, ‘You would expect this to happen anywhere but in Mecca. I’ve never been able to make sense of it. People are meant to be in their purest form during the Haj.’

While Alaa Yasin has said, ‘I was naive going there, thinking that Mecca is the safest place. It actually turned out to be the opposite.’

Miqdad Hosain has written, ‘Are all those who have go on the sacred Haj pure of soul? Most of them are sinful and corrupt. They go on the Haj to absolve themselves. And after returning they do the same terrible things all over again.’ 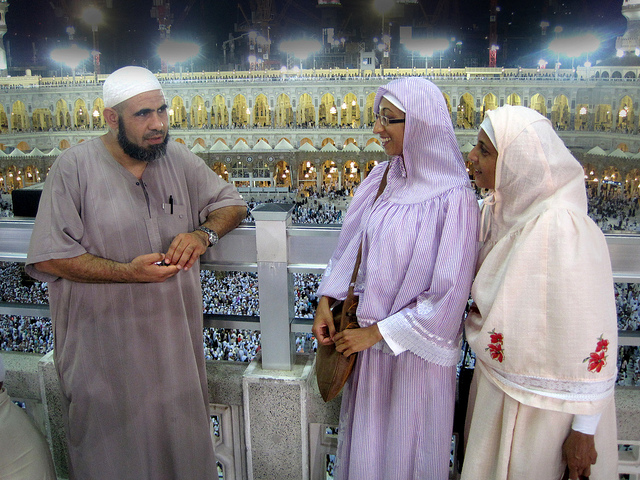 Tahil Nazafi has written, ‘The place is not important. What matters is whether you have Allah in your heart. You are not alone, Sabika. Many others have had the same experience. Picking pockets, sexually harassing women, pawing their bodies – there is no count of the number of times it has happened in the harem.’

Miqdad Hosain is right when she says that not everyone who goes on the Haj is a good person. Most of them go on the pilgrimage to atone for their accumulated sins. If there indeed something called an afterlife, since Allah forgives all sins committed by those who have been on the Haj, these people decided to make the pilgrimage. Those who go there belong to the same society where women are molested daily. Are those who go on the Haj better than other men? Do they respect women more than other men do? There is no evidence of this. On the contrary, there is evidence that they are just like other men, they do not give up any opportunity to harass women sexually, even if it is right in front of the Kaaba.

It is true that most men go on the Hajj or observe the Umrah [the shortened form of pilgrimage that can be done several times in life] to absolve themselves of their sins. What if they were told today that no sins will be pardoned because of the Hajj or the Umrah, that people go on this pilgrimage only out of their love for Allah? I do not think too many men will still be interested in the Haj or the Umrah. 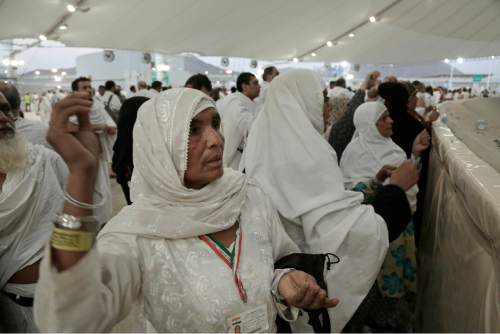 An announcement that a particular task will wipe out all sins will obviously make people keen to have their sins absolved this way – but if it is so simple, they will also be ready to sin again. For they know the technique of absolving themselves.

They do not fear to sin anymore. Spend some money, travel to Mecca, take seven rounds, throw stones at Shaitan [Satan] from the hilltop, spend some more money on a sacrificial offering – et voila! All the injustice, all the torment, all the corruption, all the sexual harassment inflicted on others are pardoned. Those who circle the Kaaba while pressing up against the women in front with their excited hard penises know that they will be cleansed even of this sin after the tawaaf.

If sexual harassment in society does not decrease, it will not decrease around the Kaaba either. Evil men live in society, evil men commit sins, and the same evil men go on the Hajj to absolve themselves. How can women save themselves from such men? The trouble is that women who have such horrible experiences when on the Hajj or Umrah no longer consider the precincts of the Kaaba either safe or sacred.

The only place on earth that is holy is where women do not have to be the victims of sexual harassment.