In those areas of the world where Christians are persecuted, the first victim is women. And this not only because she is seen as the easiest target to hit, but also because, as a member of the female gender, she is the pulsating symbol of a particular community. Hitting it therefore means sinking the entire community. The various events of recent years that have emerged from countries where Christians appear as a persecuted minority have tragically confirmed this. 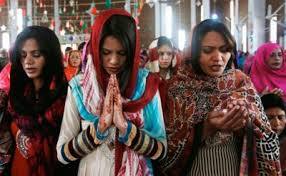 The suffering inflicted on Christian women

Violence, mutilation, rape and much more. Implementing actions that can cause permanent physical pain with tangible repercussions also on a psychological level: this is the goal of Islamist groups that persecute Christian women. Driven by the goal of affirming their religion as the only faith to be professed, Islamists are also driven by a deep hatred against Christians. With these cruel actions they humiliate, torture and “punish” the infidels and women, in this case, represent the most symbolic aim. The rape and forced conversion of women is a “duty” for Muslims. The leaders of the groups themselves incite violence and rape against Christian women. It becomes easy to target women and this is because women who are victims of rape in some countries, such as Pakistan, risk even being convicted of adultery.

So what happens? Those who are victims of rape prefer the path of silence and keep the pain inside, because she knows that to tell what they suffered means to risk facing a sure sentence. Since proving that she has been raped in some countries is almost impossible, it is almost a given that the woman will be arrested, flogged or sentenced to death by stoning. In Pakistan alone, 88% of women in prison are those who have reported a rape that they have not been able to prove. A life in submission

If the luck is not to be victims of abuse and physical violence, however, there is no lack of psychological torture for women professing the Christian faith. From the obligation to wear a certain type of clothing to forced marriages, up to the renunciation of custody of the children. These are the scenarios that are part of the daily life of women to underline their role of inferiority “caused” by the fact of belonging to the female sex and being Christian in a Muslim country. It is impossible in some countries to think of going around without wearing a veil that covers the face, wearing pants or more simply, being able to sprinkle the body with perfumes. Failure to comply with the islamic “dress code” is a certain cause of violence or rape. And what about forced marriages where women are kidnapped from their Christian family to be converted to Islam? But we can go further ahead: women converted to Christianity are given as brides to the Islamists to lead them back to the “right path”. If a woman converts to Christianity when she is married and her husband asks for a “forced divorce”, she will lose the custody of her children. A life of submission in every sense.

To tell to “InsideOver” what happens in these countries is Cristina Merola, specialist on gender persecution of “Porte Aperte Onlus”: “Sexual violence – says the specialist – and forced marriage, are the main tools for persecuting Christian women who have a life defined by us as “living death” because they are invisible and isolated women since this violence takes place within their family”.

“The condition of Christian women has strong repercussions in daily life – continues Cristina Merola – just think that they are prohibited from drawing water from sources that are within a few kilometers of the village because it is thought they can contaminate what they touch, precisely because they are Christian. The case of Asia Bibi is one example, but there are many Asia Bibi in Pakistan. Women are therefore forced to resort to more distant water sources with all the risks of violence and rape that arise during the journey. And the cases of persecution of women but also of Christians in general has increased significantly during this 2020”. 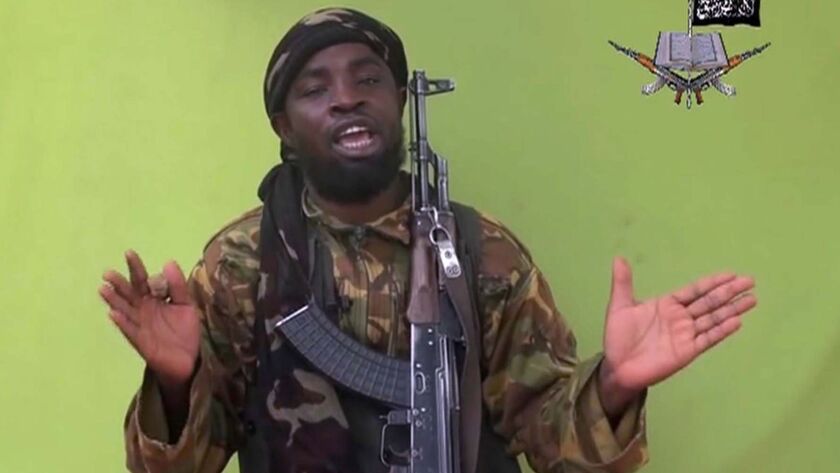 The case of Boko Haram in Nigeria

April 2014: the world is experiencing the horrors of ISIS in the Middle East, it is in fact on the eve of the proclamation of the Islamic State of Syria and Iraq. But the spotlight is then suddenly turned on Nigeria. Here, in the northern city of Chibok, 276 female students are kidnapped inside a college. The action was promptly claimed by Boko Haram, the Islamist group active in the north of the African country and which the following year will swear allegiance to ISIS. The video shown a few days after the kidnapping went around the world: in the images, all the girls wore the Islamic veil and showy headdresses. For many of them those clothes represented a stretch: at least 165 were in fact Christian. The kidnapping was not for extortion purposes, but for intimidation. Daniel Agbiboa, Nigerian professor at Harvard University, in a 2014 volume dedicated to this issue explained how the strategy of abducting women is used by Boko Haram to intimidate the government and the population. And, in particular, forcing Christians to leave northern Nigeria.

Amongst the 276 female students kidnapped in Chibok, some have been released. Among these, mostly the Muslim girls. Others, on the other hand, managed to escape, while nothing more was known about 100 of them. To confirm the barbarism perpetuated by Boko Haram against Christian girls, is the testimony of a student who escaped kidnapping in 2017: “They beat me and raped me savagely until I forcibly converted to Islam – reads the story reported by Cornelia Toelgyes on AfricanExpress – I got married and got pregnant. Returning to society today is very difficult ”. The Chibok case is just one of many that have targeted Christian girls in Nigeria. There are several episodes of kidnappings, killings, abductions and violence carried out by Boko Haram against women for intimidation purposes. In the northern areas of the African country this Christmas will also be marked by insecurity: celebrating the Holiday could in fact expose many Christian communities to the persecutions of Islamist group.

Violence against women in war

Christmas can be celebrated after several years in Aleppo and many other parts of Syria. Even if in a modest tone and with the scars of a war not yet over. The return of large areas of the country under the control of the Assad government has allowed the local Christian community to return to live in peace and serenity. But what happened especially against women in the darkest years of the conflict cannot be easily undone. And it has shown that even in the persecutions carried out during wars, women are confirmed as the most vulnerable subject. According to a report by Caritas last March, 28,076 women have been killed since the beginning of the conflict in March 2011, 10,363 those who have disappeared into thin air. Among them, many are Christians. When Islamist groups took over in some areas of Aleppo, Idlib or Damascus itself, where the main Christian communities were present, systematic rape was used as a weapon of persecution.

Throughout Syria, the Caritas report always states, “war rapes have often been meant as forms of retaliation towards social experiments of emancipation and female rule”. In those areas controlled for years by jihadist factions, in some cases Christian women have been imprisoned and sold as slaves. Many of them have not returned home. And many families, as in the intentions of the extremists, have seen themselves deprived of the main symbol of the integrity of the community. For this reason, even if weapons are silent in a large part of the country today, Christmas will still be sad for Christians. With wounds that are difficult to heal.